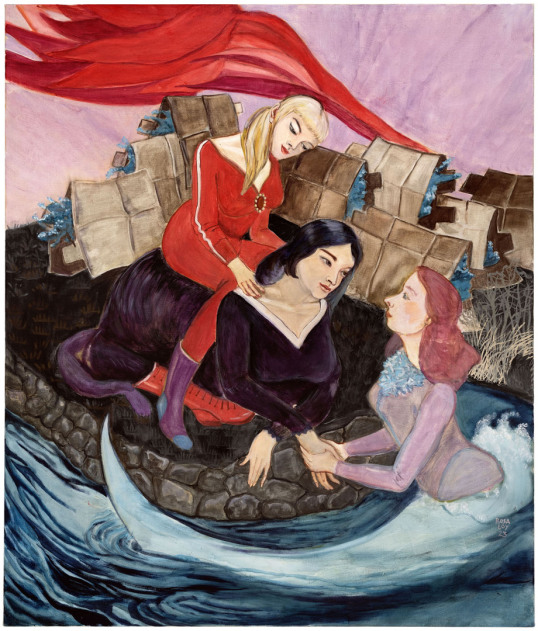 Yuval Sharon, founder and director of LA’s The Industry, Broad collection artist Neo Rauch and painter Rosa Loy will discuss their production of Richard Wagner’s “Lohengrin” at the 2018 Bayreuth Festival, which – according to The New York Times – “made Wagner a feminist.” Rauch, Loy and Sharon’s open and collaborative process shaped vital aspects of this production, including Sharon’s inventive reworking of “Lohengrin” and the striking sets and costumes designed by Loy and Rauch. This conversation adds context to Rauch’s work in the Broad collection, on view in The Broad's exhibition, A Journey That Wasn’t, and provides an opportunity to hear more about Loy and Rauch’s collaboration with Sharon.

SO NEAR AND YET SO FAR